Known for doing commercials, voice training, and arguably a jewel in the crown of vocalists of the country, Julius Sese is once again cementing his place at the forefront of the music industry with a new music project titled Electriphied. I was lucky enough to be one of the first people that previewed the project, and I must say, it is a perfect piece of work that is delivered voguishly.

The singer and songwriter goes all out, with extravagant fashion, colour, sound and concepts that renaissance’s a touch of iconic music he feels we are losing. The preeminent visual artist, also decided to lead his new album with visuals, giving the public an opportunity to be limitless in their expansive listening and viewing journey; to be immersed in every aspect of his colourful artistry and personality.

Glossing over his previous album SCARS, Julius says that ELECTRIPHIED is more like himself, “It’s large, it’s colourful, it’s daring, it’s foreign, and I feel like that is what I gravitate towards” he says. I ask him to describe the project in his own words, and he simply says, “Electrifying, I think there is no other word to describe this fiery project”

In his previous album, Julius was trying to get through something. Scars was all about healing, finding yourself, and creating light in the darkness. Contrasting from that, the new Album is free. From the sound to the outfits, “there is a lot more of my character in this project. It’s happy, the groove is nice and the songs are empowering. The album is a celebration of an 80’s club era when anyone who felt like an outsider sought and formed a community of freedom seekers to express themselves creatively through style, fashion and music”.

For this project, a huge concept is picked from the 80s as Julius looks at his top inspirations like Prince, and David Bowie as he contains music, fashion, funk, and colour into this musically expansive project. Sitting somewhere between Prince, Bruno Mars and David Bowie, in Uganda’s present musical landscape, where soul and RnB are thriving once again, Julius rebounds his music with visuals, an effortless warmth and relatability like the industry has never seen.

The project also communicates growth for him. A new sound, a new concept and idea, the star positions himself as a non-conforming and boundless creative. “I like to dare myself and it will be very visible in my work. I hope everyone gets to see this and finds inspiration in some way. There are a lot of resources I have pulled together to get this done” he says.

It has been a long time coming. The team has been on this project since lockdown and started with plain beats, but after 2 years it is here. Julius has begun the release of his second studio album “Electriphied” with the 1st single “C’est La Vie” dropping on Monday 5th September 2022. Speaking about the album, Julius says it is a documentation to all of his influencers and favourite artists. “I think when you are younger and want to appear ‘authentic’, you try to hide your influences, whereas when you’re a little more experienced you realise that we’re all standing on the shoulders of giants”

Electriphied is not just an album or EP. Julius describes the funk project as a body of works that brings a lot of elements together. I ask him if there are any collaborations on the project, and he says none, but he is working on a fully collaborative project. Although he is hesitant to say more about it. He tell me about the team that has seen the entire project to life, from fashion houses, makeup artists, producers, designers, to whom he is utterly grateful. Electriphied will be out soon on all streaming platforms and online music stores.

Feel free to follow Julius Sese on social media where you can find more about his work.

Get the best viral stories straight into your inbox!

ASFAs News Editor- A seasoned writer with a splash of fashion and dramatic expressions. Thank you for sharing your time with me. 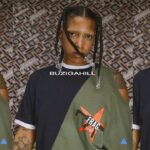 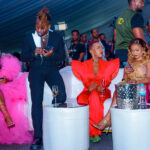 For over six consecutive years, the Abryanz Style and Fashion Awards have set a benchmark for the fashion fraternity in Uganda. The awards have been known for their ability to inspire, set trends and celebrate a Global fashion Agenda. The fashion celebration started in 2013, set out to recognize and honor fashion in Uganda.

Back to Top
Close Submit an Article

This site uses functional cookies and external scripts to improve your experience.

Your password reset link appears to be invalid or expired.

NOTE: These settings will only apply to the browser and device you are currently using.

Suggested text: If you leave a comment on our site you may opt-in to saving your name, email address and website in cookies. These are for your convenience so that you do not have to fill in your details again when you leave another comment. These cookies will last for one year.

If you visit our login page, we will set a temporary cookie to determine if your browser accepts cookies. This cookie contains no personal data and is discarded when you close your browser.

If you edit or publish an article, an additional cookie will be saved in your browser. This cookie includes no personal data and simply indicates the post ID of the article you just edited. It expires after 1 day.